Disqualified from Driving? New Laws Mean We Can Help You Get Your Licence Back

New laws announced by the NSW government mean that persons that are currently disqualified from driving are able to apply to court to have their disqualification order quashed.

To be eligible to apply to the Court you must have been disqualified for a period of at least two years and not to have been convicted of certain offences. Once at Court, the Magistrate will determine whether it is in the community’s interest for you to have your licence returned.

The laws represent a major shift in government policy. According to the Attorney-General, heavy disqualification periods unfairly target those in rural and indigenous communities.

The change commenced on 28 October 2017 amongst a raft of other powers to work hand in hand with the watering down of the disqualification periods. Such changes include:

We are currently offering free case assessment and quote for how we can help you get your licence back. To take advantage of this offer contact 02 9667 1271 or email law@vrtlawyers.com.au 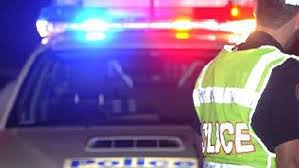 New laws mean those on lengthy disqualifications can get their licence back.

Whilst some of us might have tuned out on 2022 Federal Budget announcement after hearing of there will be petrol cuts the Budget delivered big news for expecting parents; the combination of paid paren

Hope on the Horizon for First-Time Buyers